Strange things are afoot at the Edison and Ford Winter Estates this week!  Our azalea is blooming! Normally azaleas (Rhododendron spp.) bloom a few weeks after temperatures drop below 50°F and then warm up.  The Estates’ azalea has a of couple blooms that apparently didn’t read the book! 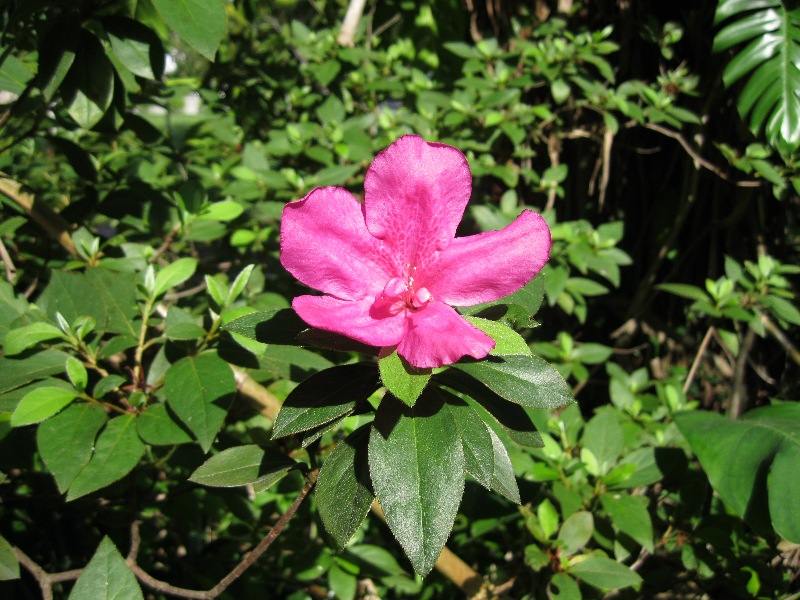 In addition, a few of our night-blooming cereus (Hylocereus undatus) had blooms that were still open at 10 a.m on Tuesday.  This is the first and only time this year we’ve noticed them open during the day. 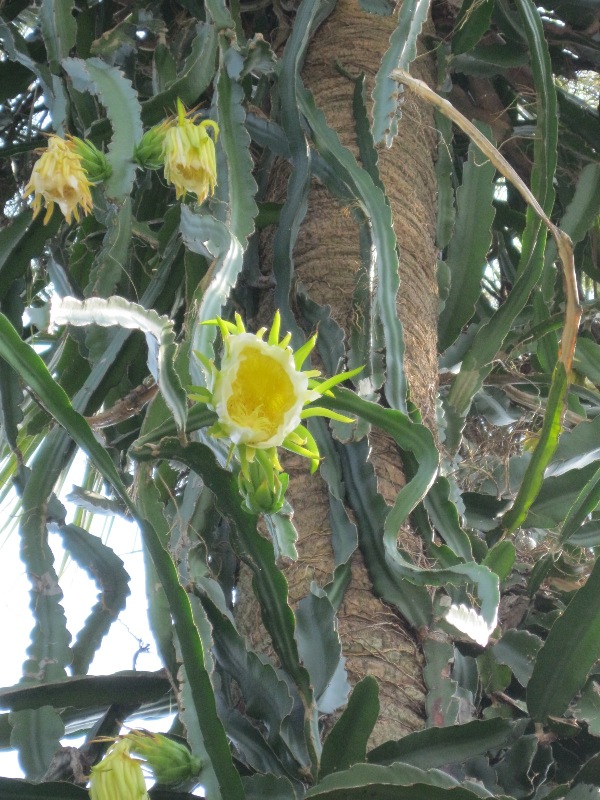 If you would like to view them, the azalea is under an oak in the picnic area near the Banyan Café and the cereus plants are growing on various cabbage palms (Sabal palmetto) within the Ford Estate. We can’t promise that the cereus will be blooming, but you may get lucky if you visit early in the day.