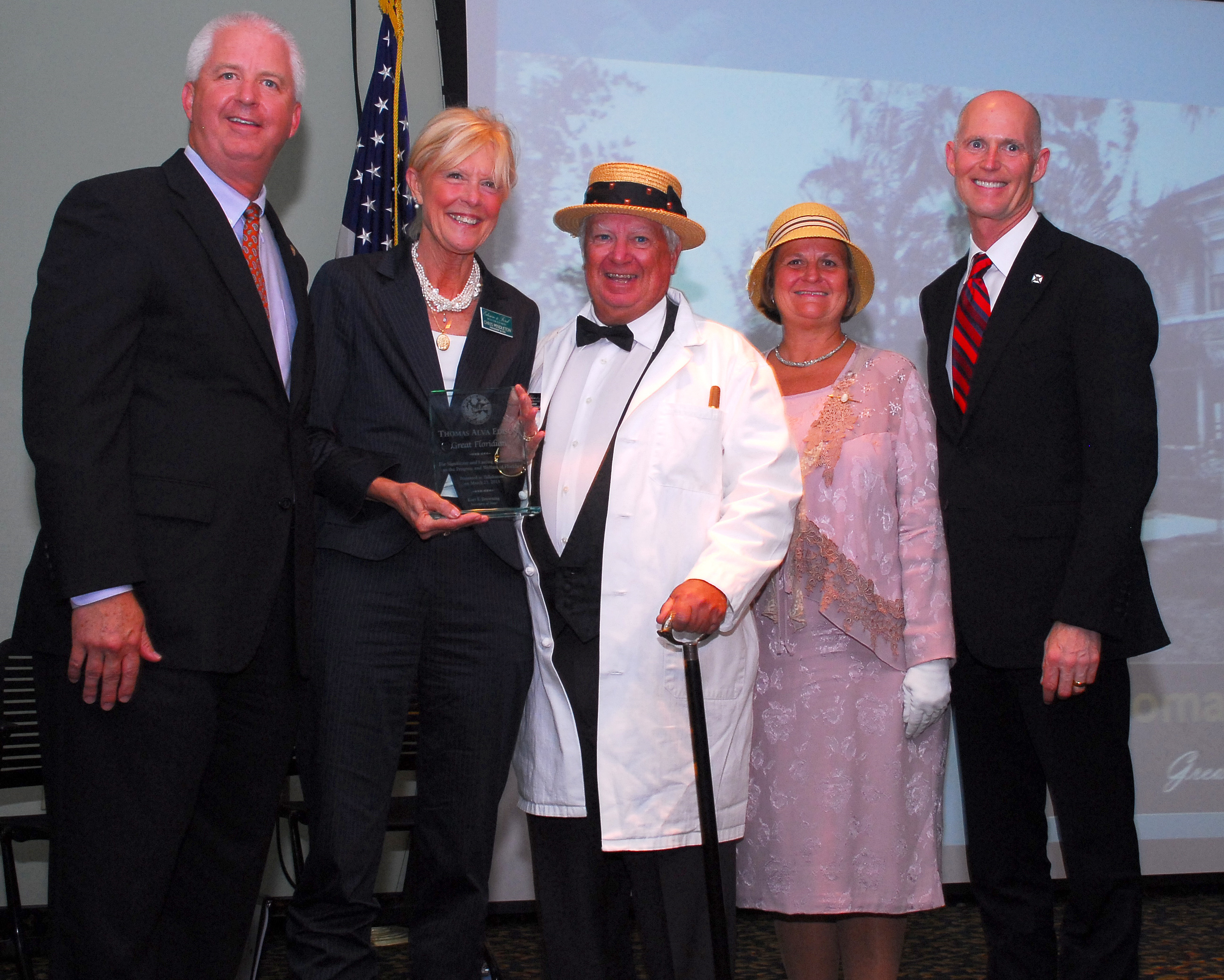 Thomas Alva Edison, posthumously  received the 2011 Great Floridian Award from Governor Rick Scott and Secretary of State Kurt S. Browning at the Florida Heritage Awards Ceremony in Tallahassee.  Edison and his family wintered in Fort Myers from 1885 until 1947 when his widow, Mina Edison deeded the Estate to the City of Fort Myers to be opened to the public.

“Edison accomplishments as a great Floridian  helped shape Florida’s history and the Estates continues to honor his legacy through the preservation of his home and programs in history, science and the arts,” said Pendleton.

The list of Edison accomplishments cited at the 2011 Great Floridian Awards ceremony included: