The Fords in Fort Myers

Henry Ford is most noted as the father of the automobile. He was one of the greatest innovators and inventors of our time holding 161 US patents. He was also a filmmaker, who was the largest producer and distributor of films; an early pioneer in sustainability and “green science” methods; as well as a collector; accomplished dancer; and marketer whose business practices set the standard for advertising and marketing today.

One of Ford’s longtime vacation retreats was in Fort Myers, Florida. By the time Henry and Clara Ford purchased their Florida winter estate in 1916, they were already good friends of Thomas and Mina Edison, who owned the neighboring estate. 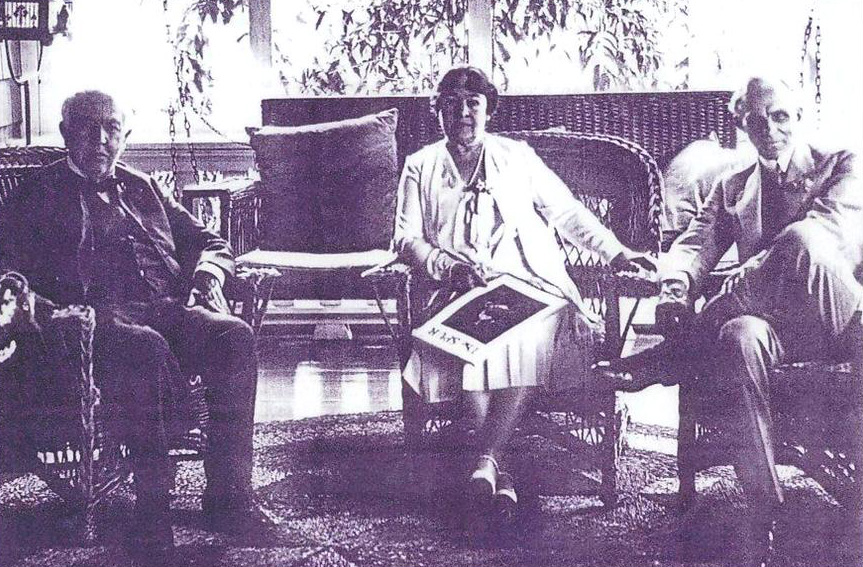 Ford had worked for the Edison Illuminating Company in Detroit, Michigan as an engineer. Ford had met Edison for the first time in 1896 at a professional convention in New York City, where he had the opportunity to share his invention of the quadricycle. Edison showed special interest in how an electric spark was used to explode the gas in the cylinder. According to Henry Ford, Edison banged his fist on the table and encouraged Ford by stating, “Young man, that’s the thing; you have it! Keep at it!”

Ford and his family first visited the City of Fort Myers in 1914 at the invitation of Edison to go camping in the Florida Everglades. This camping trip would be the first of many between the men over the next decade. Ford returned to Fort Myers two years later after he purchased the estate which was right next door to Edison’s winter estate. The purchase price was $20,000 for just over three acres of riverfront gardens and lovely Craftsman style bungalow. Ford would spend many winters here with his mentor and friend as their adjacent Florida estates would provide great getaways for the friends to relax, explore Florida, and of course, talk business and innovation.

After Edison’s death in 1931, Ford seldom came back to Fort Myers. He sold the estate in 1945 to a private owner. In 1947 Mrs. Edison deeded the Edison estate to the City of Fort Myers to be open to the public. By 1988, the Ford estate was purchased for $1.5 million and opened to the public in 1990.