Steve Jobs: The Thomas Edison of Our Generation? Examining The Analogy

The untimely death of beloved Apple founder & CEO Steve Jobs earlier this month spurred a slew of articles comparing him to Thomas Edison, not to mention Henry Ford and Walt Disney. Jobs himself listed these men amongst those who inspired his work.

The New York Times made the comparison, along with BBC’s World Have Your Say, which invited Edison and Ford Winter Estates President & CEO Chris Pendleton to contribute to the program as a guest panelist (image below) during an hour-long international broadcast.

While there is no denying the impact both Edison and Jobs had on modern culture, does this analogy hold water? You decide: 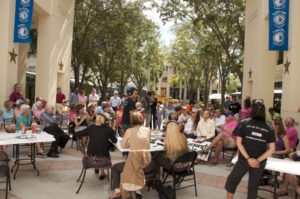 World Have Your Say visits Naples and invites Edison and Ford Winter Estates President & CEO, Chris Pendleton, as a guest.

Want to know more? Read Inventing the Century by Neil Baldwin (available in our Museum Store) for an in-depth look at the cultural impact of Edison’s inventions. Or check out our recommended reading list.