Congratulations to Patricia Travis for winning this week’s Name That Plant! 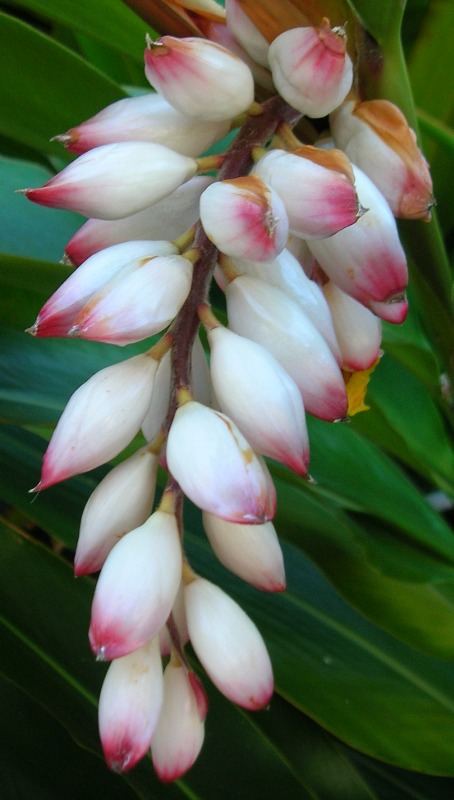 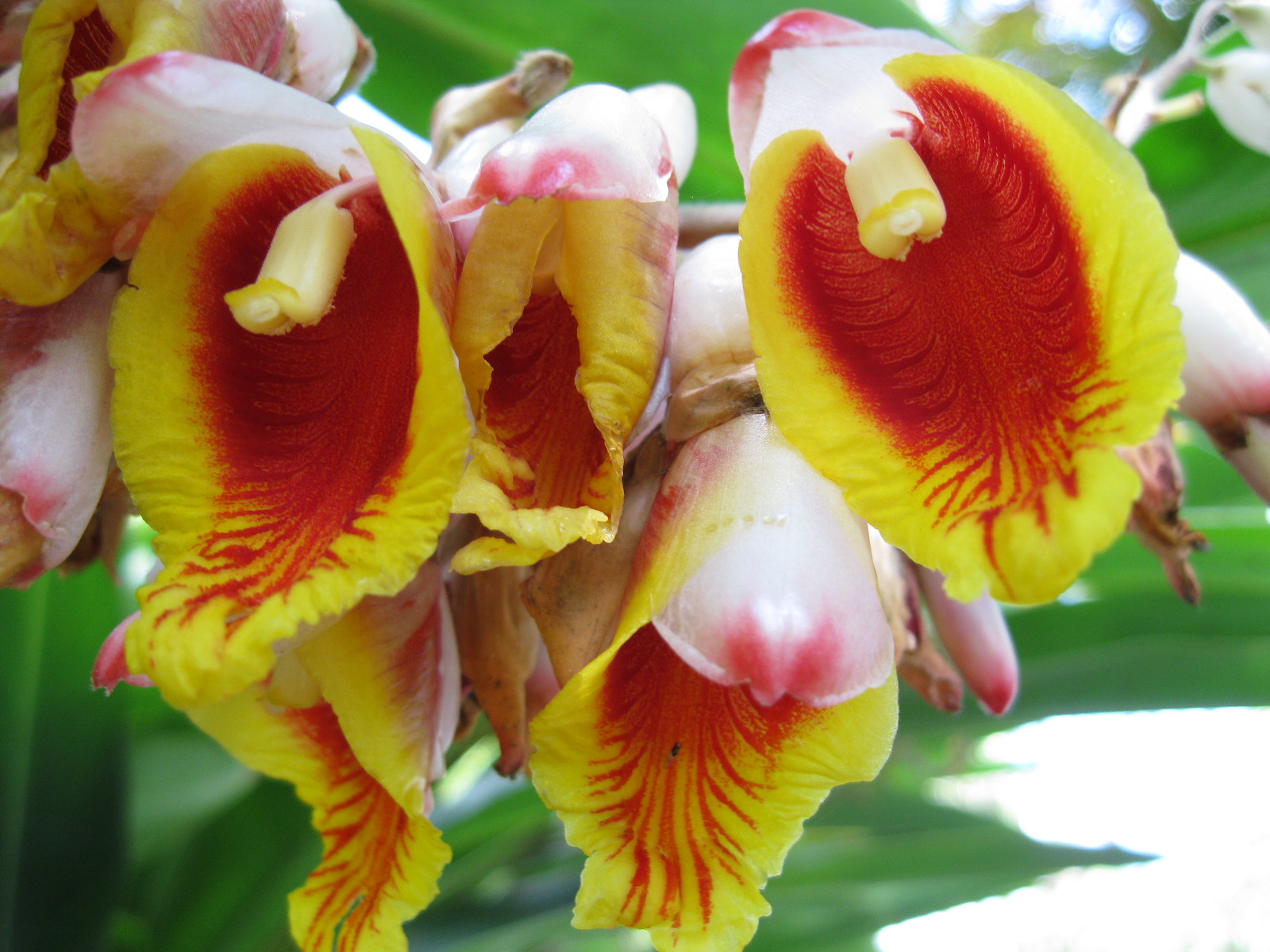 A tall landscape plant, shell ginger (or one of the many other gingers available), provide striking background foliage in the landscape.  It may grow up to six feet tall and will continue to spread if given adequate space.  It is rated for zones 8-11 but may not flower if affected by frost.  However, our shell ginger is flowering nicely this year after more than a week of freezing temperatures in January.  Part shade and moist soils are best for this plant.  Although it will tolerate full sun, it is not drought tolerant and may require even more water than a shaded plant.  Shell ginger also makes an attractive house plant.

Like all gingers, shell ginger is native to Southeast Asia.  Although it is in the same family as the ginger we commonly use for cooking, the rhizome (or root) of Alpinia zerumbet is not typically used as a spice: the rhizome of Zingiber officinale is what you typically find in stores.  However, the leaves of Zingiber officinale are not particularly showy, and the plant seems to grow poorly in southwest Florida, so it is not marketed as a landscape plant.  The Estates Garden Shoppe sells shell ginger as well as a variety of other gingers, ranging from variegated forms to gingers with purple leaves and unique flowers unlike anything you’ll see on other plants.  There are several large clumps of shell ginger behind the Henry Ford Statue near the Ford estate and several other examples of ginger on the grounds, mainly by the Edison pool. 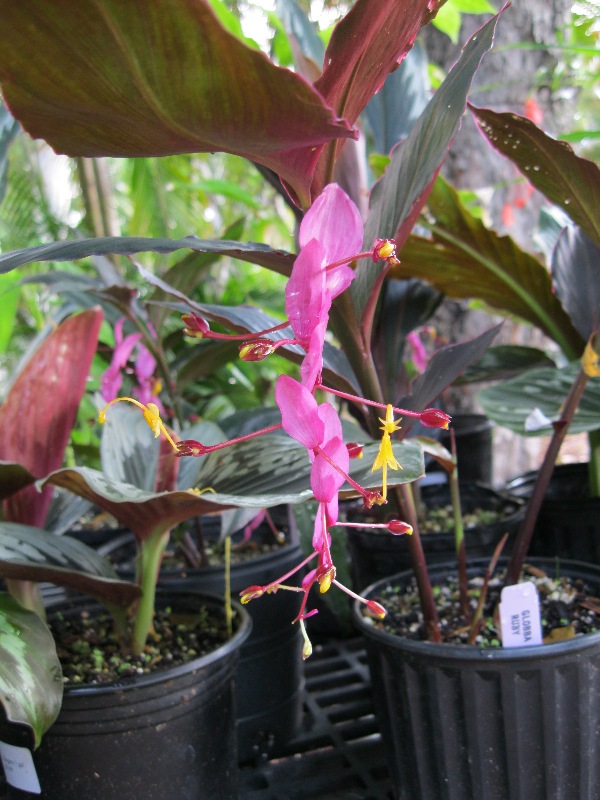 Globba Ruby Ginger is currently for sale in the Estates Garden Shoppe.