Journalist, social activist, and college president, Dr. Hamilton Holt was a close acquaintance of the Edison Family who made lasting impacts on the education system that can still be seen today. Dr. Holt served as the 8th president of Rollins college for 24 years and shaped the mission of the university as a national leader in innovative teaching. His philosophy continues to guide Rollins’ academic programs and provides valuable insight into liberal arts education.

Dr. Holt was born on August 19, 1872, in Brooklyn, New York. He received a Bachelor of Arts degree from Yale University in 1894, where he studied economics and sociology, and completed his post-graduate degree at Columbia University. At these schools, he had a traditional classroom experience that was lecture-based; however, he valued more collaborative programs. While he was in school, Dr. Holt developed a passion for creating effective learning techniques and paved the way for the school system to support students in this manner.

Not only did Holt revolutionize education but worked tirelessly to support the communities that he lived in and beyond. After he graduated, the young man joined the staff of the Independent Magazine as a managing editor in 1897 and was sole editor and owner by 1913. In his early career, he married Alexandria Crawford Smith in 1899 and had four children: Beatrice, Leila, John Eliot and George Chandler.

In 1909, Dr. Holt along with notable progressives, including W.E.B Dubois, Ida B. Wells-Barnett, Jane Adams, Charles Darrow, Mary McLeod Bethune and others founded the National Association for the Advancement of Colored People (NAACP). Beyond the United States, Holt helped form the Italy-America Society, the Netherlands American Foundation, American-Scandinavian Foundation, the Greek-American Club, the Friends of Poland and the League of Nations Non-Partisan Association. He was also a member of the Japanese Order of the Sacred Treasure, the French Order of Public Instruction and the Order of the Crown in Italy and an officer of the Greek Order of George I. Throughout the first World War, he played in instrumental role in the International Conciliation and World Peace Foundation and was made a knight of the French Legion of honor, Polonia Restituta and the Swedish North Star in recognition of his efforts.

In 1925, Holt was asked to be the president of Rollins College after he stepped down as editor of the Independent Magazine. Holt accepted the position and later recalled, “I had no special qualification for the position. But from observation in many colleges and from my own experiences I had acquired a definite idea about teaching which I longed to put into practice.” His tenure at the school broke down the traditional lecture-styled classes that did not involve many hands-on activities. Dr. Holt devised a new system called the “conference plan,” which emphasized one-onone interaction between the professor and the student so they could better their minds together. Holt felt that “there are two kinds of professors: one the research man, draws his inspiration for learning; the other, the teacher, draws from his life. The first is a great scholar, the second a beloved teacher.”

When putting this plan into practice, students had an eight-hour day broken into four two-hour periods. Three of the periods were dedicated to “work of the mind under a professor in a classroom,” and the fourth to activities, ranging from working to rehearsing for the arts. Dr. Holt’s vision for the Rollins community shaped not only the curriculum, students and faculty, but the cultural experience throughout the campus. In 1926, he created the Animated Magazine, a live program modeled on a magazine that brought speakers on a variety of subjects to the school every February. He reached out to his contacts for their support in contributing to the program, including actress, Mary Pickford, novelist Faith Baldwin, and RCA chairmen Davido Sarnoff.

Similar to “the Independent,” Holt was the editor and chief for the magazine program and often sat on stage recording and revising notes made by the speakers. This program as well as the theatre department’s productions made the school a prime attraction in Central Florida and Holt encouraged those around him to be involved in all the activities that differentiated Rollins from other colleges. He often attended the events hosted by members of the Rollins community, invited students to his home on a regular basis, and advocated to bridge the gap between faculty and students.

Students loved Dr. Holt and called him by his nickname, Prexy. He referred to them as his “sons and daughters” yet insisted the students be treated like adults. Holts legacy on the Rollins College also extends to the physical structures and layout of the campus. After he took over as president, the architectural style of the university shifted from original New England inspired structures to the Spanish Mediterranean style. Under his leadership, Pugsley Halls and the chapel theatre complex were completed.

In 1929, Dr. Holt decided to create a pathway along the campus called “The Walk of Fame,” a semi-circular pathway in the center of the Rollins campus, surrounding the Barker Flagpole and Mills Lawn. On the sides of the pathway, stones from a plethora of places around the world sit under the shade of oak trees. Each one contains the engraved names of famous men and women throughout history, including writers, inventors, philosophers, scientists, artists and more. Some of the most noteworthy names along this walk are Aristotle, Oscar Wilde, Paul Murphy, Maya Angelou, Edward Albee, Fred Rogers, Elizabeth Cady Stanton, Abraham Lincoln, Woodrow Wilson, George Washington, Thomas Edson, Martin Luther King, Jr., William Shakespeare and more. The largest stone sits at the entrance of the walk and is nearly three hundred years old, inscribed with a Shakespeare quote, “Sermons in stone and good in everything.”

In 1928, Dr. Holt visited Thomas Edison in Fort Myers and shared information with him about the “Walk of Fame.” The Edison family was enamored with the idea and decided to install a similar path with stones from their friends. The first stone was from Dr. Holt; other notable stones were from friends such as Harvey Firestone, W.M. Buswell, John K. Small, Alice C. Garvey, Dot and James Hendry, and John Burroughs. One blank stone was reported to have been from Henry Ford who claimed that he was a poor farm boy who could not afford to have his name engraved on a stone.

The earliest stones date back to 1930, with 18 from the 1930- 1932 time period. Many do not have a date and the most recent stone is from 1947. In the late 1930s, Mina Edison opened up the estate to numerous garden clubs and the Friendship Walk was made a regular part of the tour. Visitors can find the Friendship Walk on the street side of the Edison House leading to the fence along McGregor Boulevard.

In 1930, Dr. Hamilton Holt gave the keynote address when a memorial plaque was installed at Evans Park in honor of Edison and his wife, Mina on the inventor’s 83rd birthday. This park was formerly occupied by Edison’s old friend, E.L. Evans, who the inventor met hours after he set foot off the boat at the Keystone Hotel in Fort Myers for the first time. The plaque was inscribed with the words “erected by the citizens of Fort Myers,” and the dates 1879 and 1929, commemorating the Golden Jubilee celebration that marked the 50th anniversary of Edison’s electric lamp. Mina was also presented with a large bouquet of red roses from the women of the dedication committee. Two thousand people reportedly attended this event, including the Fords and the Firestones.

Around the same time, Thomas A. Edison was presented with an honorary degree of science from Dr. Holt. One newspaper reported that while the world-famous inventor could not hear the words of tribute that were stated in his honor, he took an active interest in the two-hour exercise that followed the speech. According to the New York Times, nearly 3,500 people attended the ceremony and Edison “was acclaimed by several hundred schoolchildren along the street as he marched in the academic procession to the campus.” After this special event, the Edisons were guests at a luncheon hosted by Dr. Holt and his wife. Edison’s brother-in-law, Halbert Hitchcock recalled that Holt sat at Edison’s right hand and wrote all the important points that were stated and questions that people wanted him to answer since the inventor was hard of hearing.

After Mr. Edison passed away, his wife Mina returned to the university in April of 1940 to plant a tree on campus. When presenting the tree, Mina stated, “may this tree be destined to grow and flourish and give joy to all as it gives me joy in presenting it to you.” 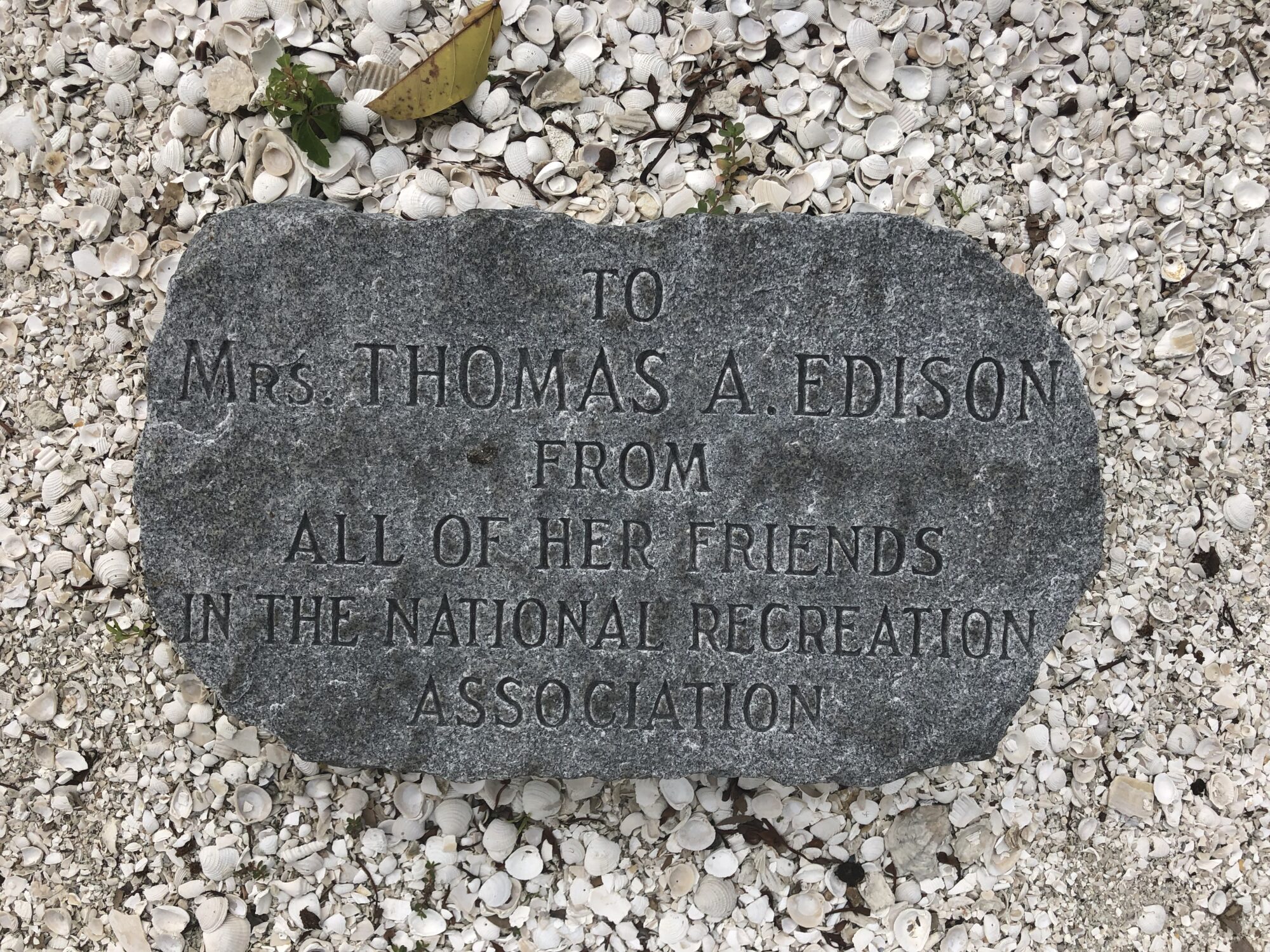 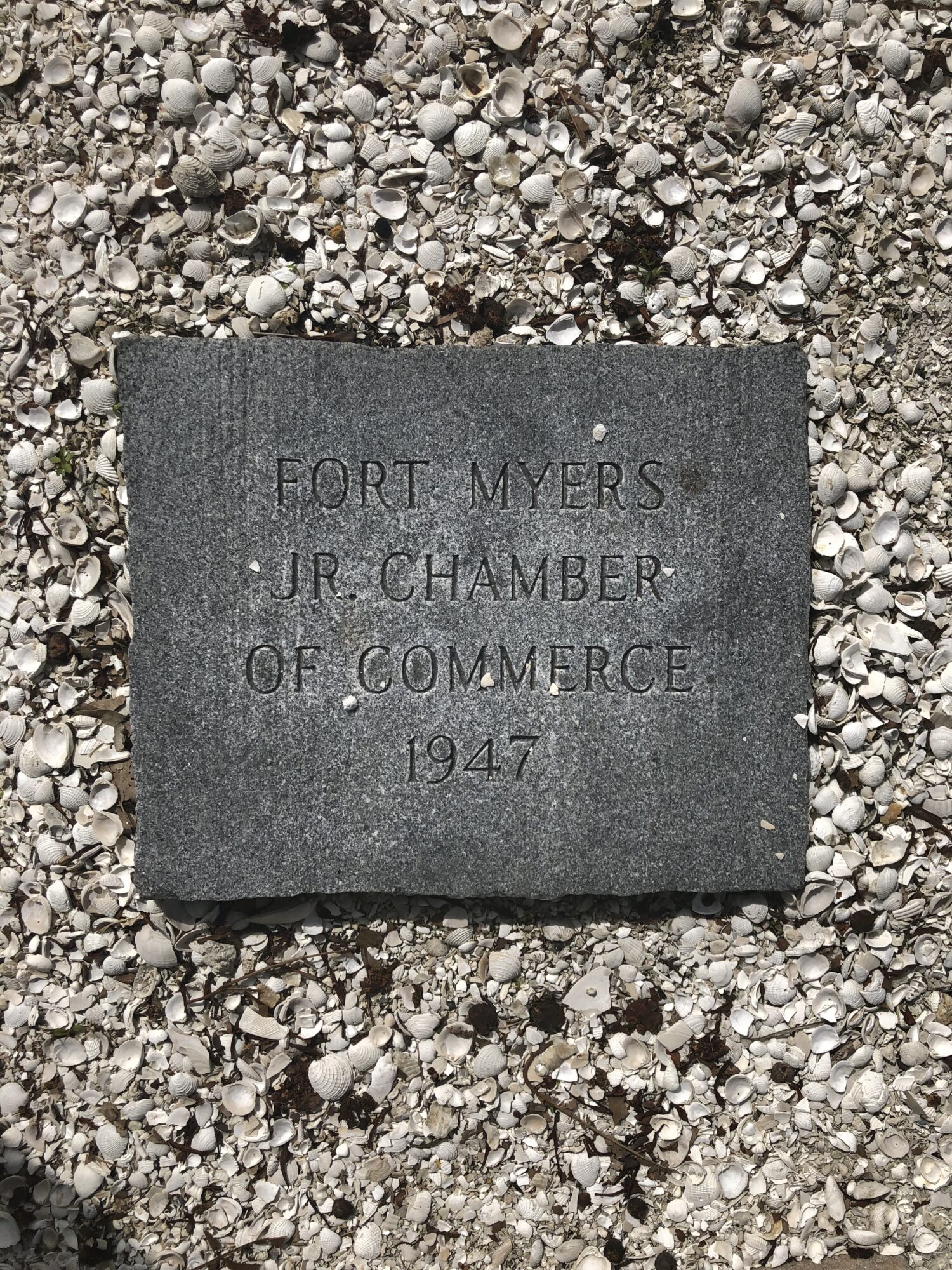