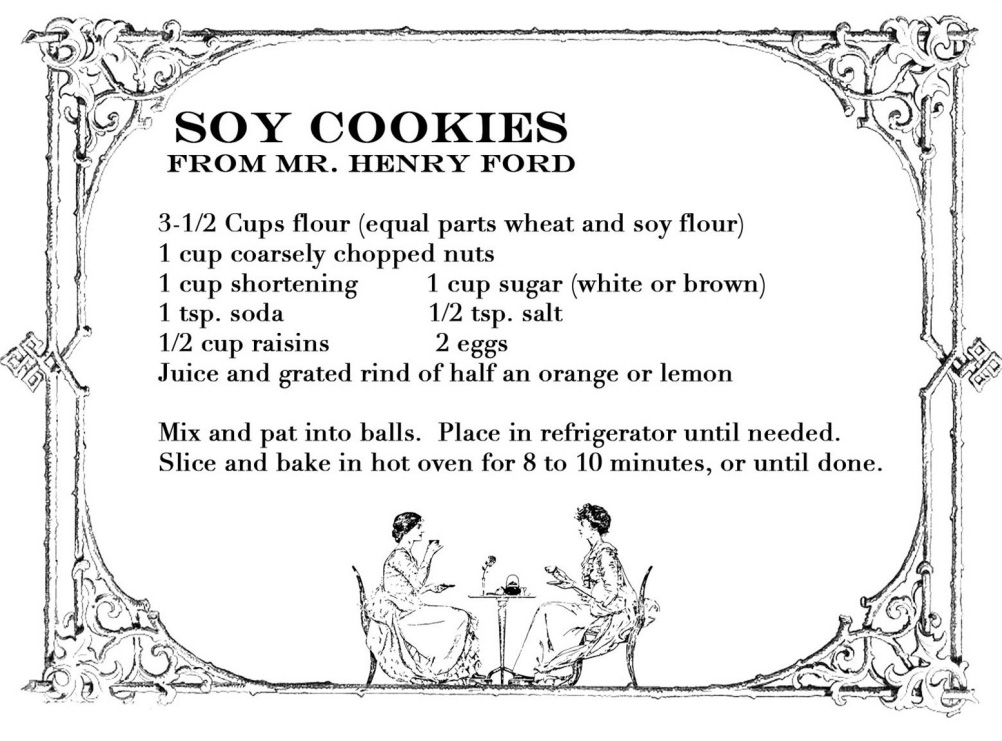 Henry Ford’s birthday is July 30, 1863 so he will be 152 years old this year. At Edison Ford we celebrate the day with activities to include antique cars, lectures, tours inside his home, and of course, birthday cake for visitors and homemade cookies from the Ford family recipe for soybean cookies. The cookies are actually very tasty, healthy and a reminder that Henry Ford was an inventor, entrepreneur and a “healthy eater.”

“Henry Ford and his staff researched a variety of soybean-based foodstuffs.

Recipes in the book Recipes for Soybean Foods contain several of these food products. Notably, Ford was an early adopter of soy milk, which rose in popularity during the onset of World War II, in part thanks to the research of Ford staff and Henry Ford’s vocal support for the soybean. The Ford Motor Company sold breads baked using soy flour, as well as fresh soybeans, and many foods prepared for the guests of Greenfield Village (Clara and Henry Ford’s collection of historic American buildings) were likewise created using soy flour and other soybean-based foods.

While some of these products were already produced on a small scale, Ford’s outspoken interest and research on the subject helped to popularize soybean-based foods in America.” – Mike Cosden, Edison Ford Chief Curator