Helen Hendry (Johnson) was a prominent landscape architect who left a lasting legacy in Southwest Florida through her beautification projects a n d co m m e rc i a l developments, which included garden installations at Edison and Ford Winter Estates. This pioneer gardener was a titan of horticulture whose passion and dedication to improving the lives of those around her carried her through a 61-year career. She paved the way for many future generations of people that are passionate about horticulture, botany, plant science, and landscape architecture.

Helen was born on November 12, 1930, in Wigham, Georgia, near Thomasville and moved to Fort Myers with her family in 1937. The family lived on McGregor Boulevard, adjacent to the Everglades Nursery, which was incorporated in 1909 and owned by Jim Hendry, Jr., Helen’s future father-inlaw. As a child, Helen attended Edison Park School and spent her free time running around barefoot between her home and the nursery. When she was just 12 years old, she asked Mr. Hendry about job opportunities. She shared with him that she would be willing to pull weeds, pot plants, or do any task in the nursery in return for a few dollars to buy Christmas presents. Jim agreed to the offer and decided to pay her $1.50 per day to maintain the weeds and plant shrubs and other plants throughout his garden.

The young landscape architect continued to work at the nursery until she graduated from Fort Myers High School in 1949. After graduation, she was promoted to a full-time employee at the nursery and studied horticulture with Jim Hendry and Vincent Honc, a German immigrant who taught her planting techniques, such as air-layering and grafting. Helen shared a deep admiration for improving gardens and expanding the community’s knowledge on plants with her employer and mentor. Under Mr. Hendry’s leadership, the nursery planted 6,000 trees in Fort Myers – the most significant public beautification project ever undertaken in the city.

The garden center was known for cultivating bougainvilleas, a passion that originated from Captain A. Hendry – Jim Hendry’s grandfather, who received one of the first bougainvilleas in Florida. Helen recalled that Hendry propagated a red thornless bougainvillea for her, that he named “Helen Johnson” because “he said that I had no thorns. I think that was a great compliment for anybody.” Helen in turn propagated a yellow hibiscus for Hendry.

The nursery also grew a multitude of plants, including palms from seed that were shipped to Arizona, California, Texas and Canada. As a teenager and through her adult years, Helen volunteered at Lee Memorial Hospital when she was not working in the garden.

Many local residents admired Helen’s hard work and contributions to the nursery, which gave her the opportunity to design the gardens of many influential individuals, including Mina Edison. When Mrs. Edison deeded her estate to the City of Fort Myers in 1947, Helen helped design the landscape throughout the site. This included the rosy-pink bougainvillea hedge by the entrance to the Garden Shoppe on Larchmont Avenue that shows off its bright colors throughout the winter months. Planted in the 1950s, it is a notable feature of gardens in Southwest Florida, and many people consider this to be one of her finest designs.

The landscape artist met Mina Edison when she was exploring the botanical gardens along the Edison’s 13.5- acre estate as a young girl. The two women formed a fast friendship, and Mina often consulted with Helen on gardening and landscape design during her frequent trips to Everglades Nursery. Helen reported to the press that Mrs. Edison was “an elegant lady who had been very kind to me and I was always in awe of her.”

As Helen branched out into the field of landscape architecture, she worked with many prominent clients in Naples, Fort Myers, Sanibel and Captiva to beautify private residences as well as on municipal and government projects. She drove to Gainesville to attend classes on landscape architecture and was awarded her license in 1965, making her the first woman and third person to earn her architecture license in Florida. She went on to serve on the Florida Board of Landscape Architects for 14 years, where she helped design the standards for those seeking their professional licensure.

She was chosen to be a director of the Florida Nursery and Growers Association (FNGA) for her extensive horticultural knowledge and contributions to the landscaping community, serving as the first female president of the Royal Palm Chapter of FNGA in 1965- 1966. One of the main projects she was involved in on behalf of the organization was lobbying for the Florida State Legislature to pass a bill requiring the registration and examination of landscape architects.

In 1969, Helen married James E. Hendry III, a graduate of Princeton University and an expert on tropical fruit crops. James helped her manage the Everglades Nursery that he, his former wife, and daughters inherited after James Hendry II passed away in 1955. After Helen assumed more responsibility, she maintained a rigid work schedule, often arriving at the nursery around 7:30 a.m. and working until roughly 6 p.m. in a little office just a few yards from McGregor. As she continued caring for the property, she followed her former boss’s advice “to play with the earth, sort of grow with the plants so you understand their needs.” In 1987, the nursery closed down and was sold to land developers.

Helen later became a trustee of Edison and Ford Winter Estates, providing staff with historical tidbits and knowledge on plant science. Her expertise was invaluable to the estates, and she spent countless hours helping to manicure and secure the future of the thousands of plants grown at Seminole Lodge. She rode around in a cart with staff, pointing out the largest and rarest species of bougainvillea, palms, and philodendron. The designer also discussed different blends of fertilizer and recommended moving orchids strapped to tree trunks that she felt were overexposed to high winds. Her legacy at Edison Ford included the development of a long-range plan for garden restoration and conservation. 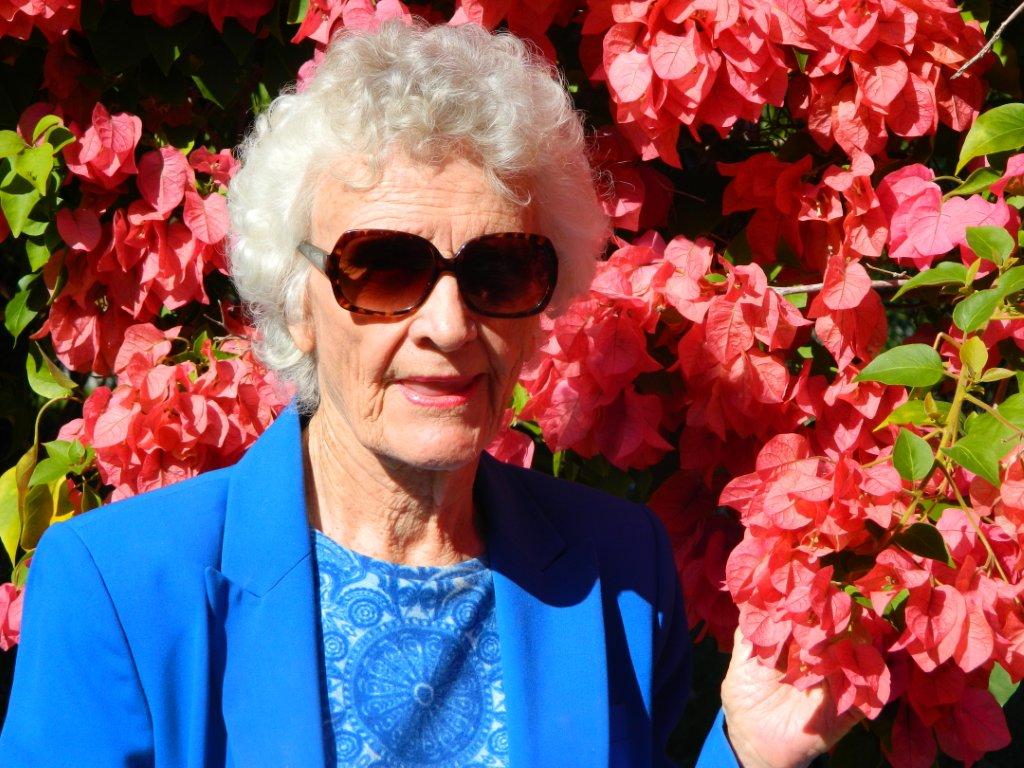