Following my report on the zombie palm, here’s another plant at the Estates with a creepy name: DEVIL TREE, Alstonia scholaris. 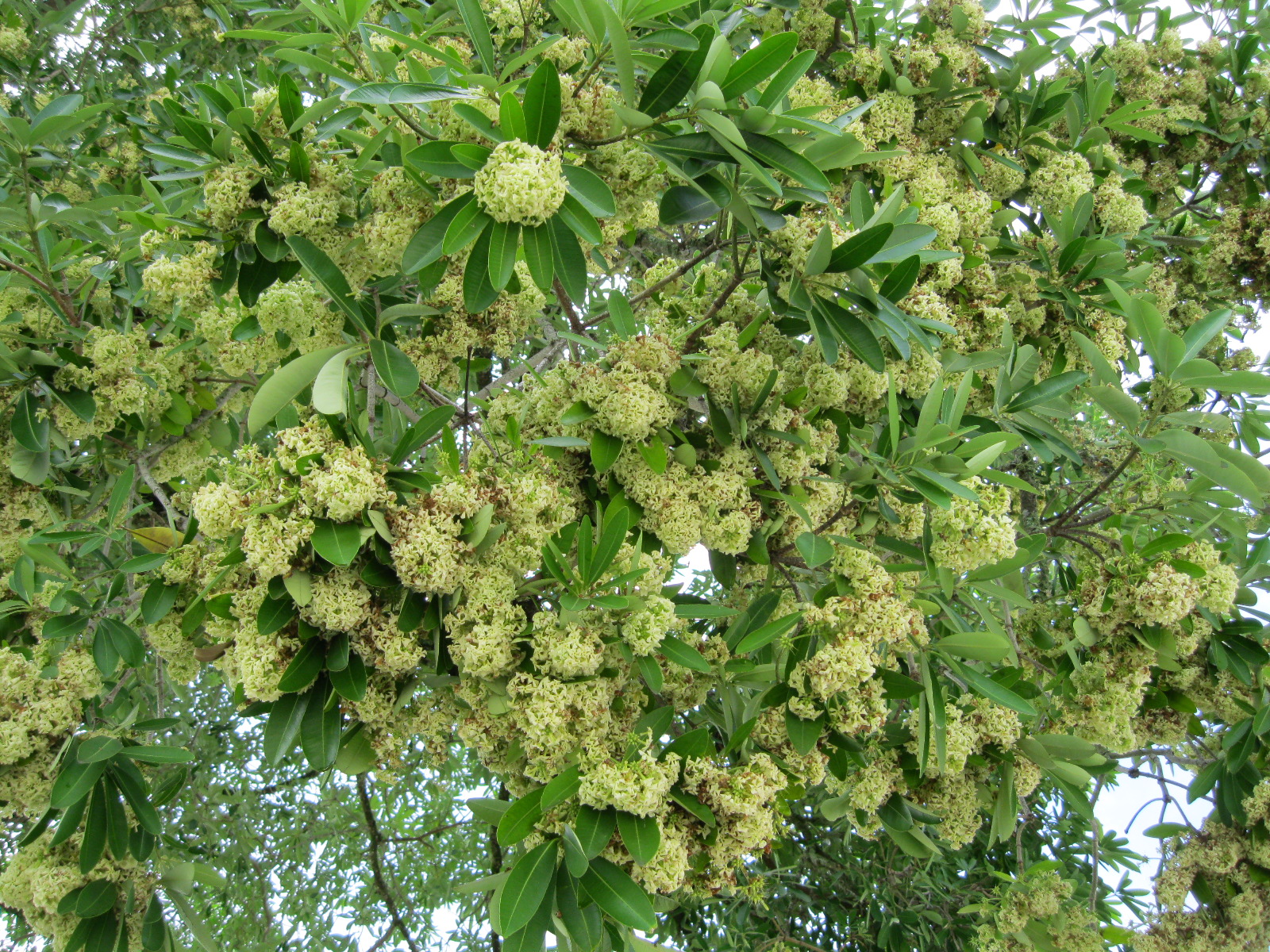 Like most common names, it’s hard to pinpoint how the name came about. Some say it’s because the seedpods, which hang down in long thin bunches, resemble a devil’s pitchfork.  Some cultures believe the devil or ghosts live in the tree.  Others say it is because the flowers smell so sweet they entice passers-by to lay under tree, only to be lulled into eternal sleep.

Although the common name’s origins are not understood, its scientific name is quite clear.  The genus Alstonia, which includes at least 40 species of trees, all called devil trees, was named after Charles Alston, a professor of botany in Scotland during the early 1700’s.  The species name scholaris refers to the historic use of the timber as blackboards and slates for school children. 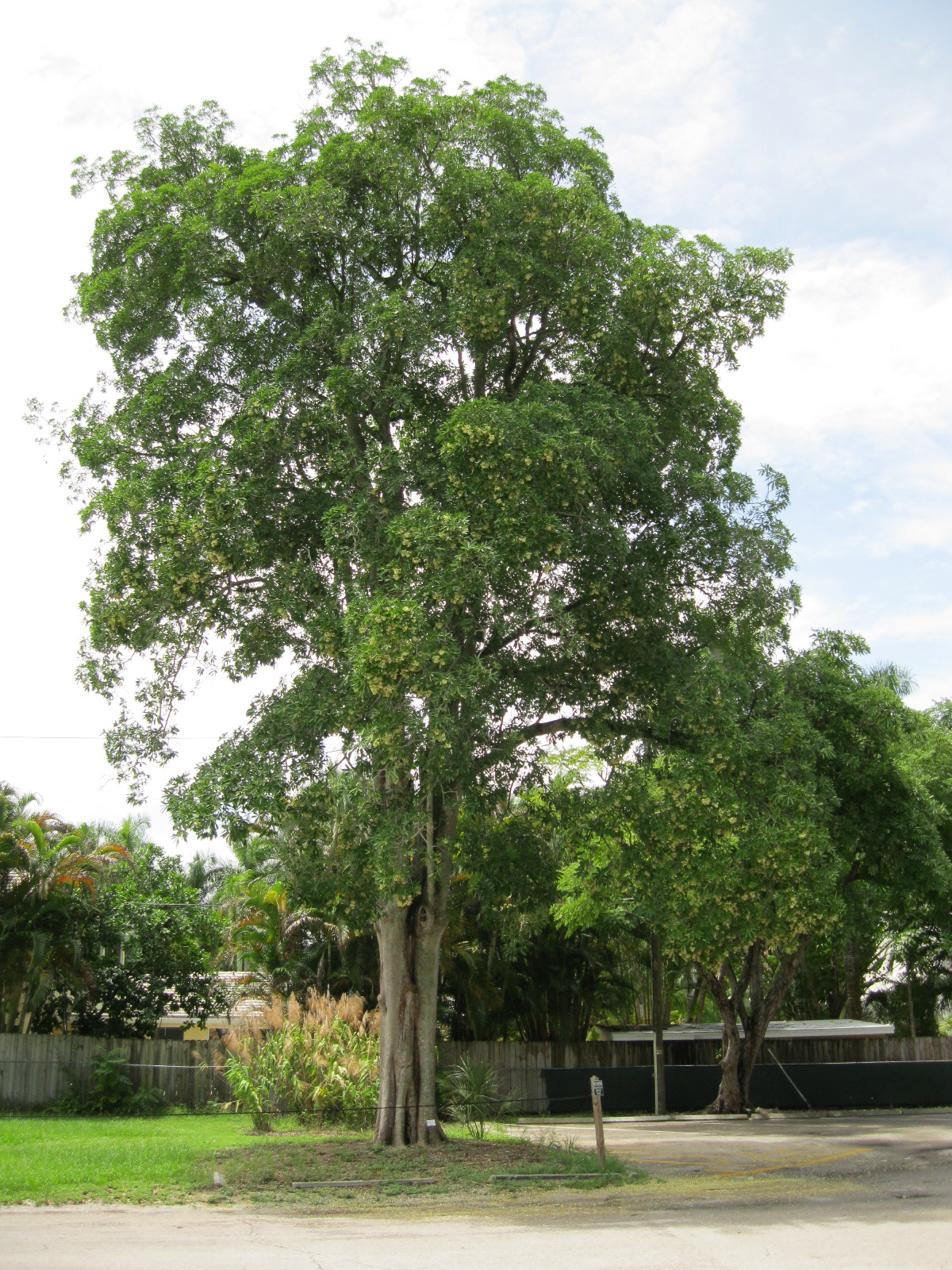 Since it prefers warm temperatures (it is native to southeast Asia and Australia), our devil tree grows readily at the Estates.  It is at the east end of the main parking lot.

Don’t forget: Garden Blog readers can save 10% on all Garden Shoppe purchases by telling the cashier, “Watch out, there’s a zombie palm behind you!” This offer is only good through Oct 31, 2010.  We may not offer a discount next month, so if there’s a gardening book, an orchid, a citrus tree, or butterfly plant you’ve had your eye on, hurry in to use your discount!