Halloween-ish Plants (and a discount for zombies?)

During October, I’ll be blogging about plants with creepy names or features to get us in the spirit of Halloween.  The first spooky entry: ZOMBIE PALM! 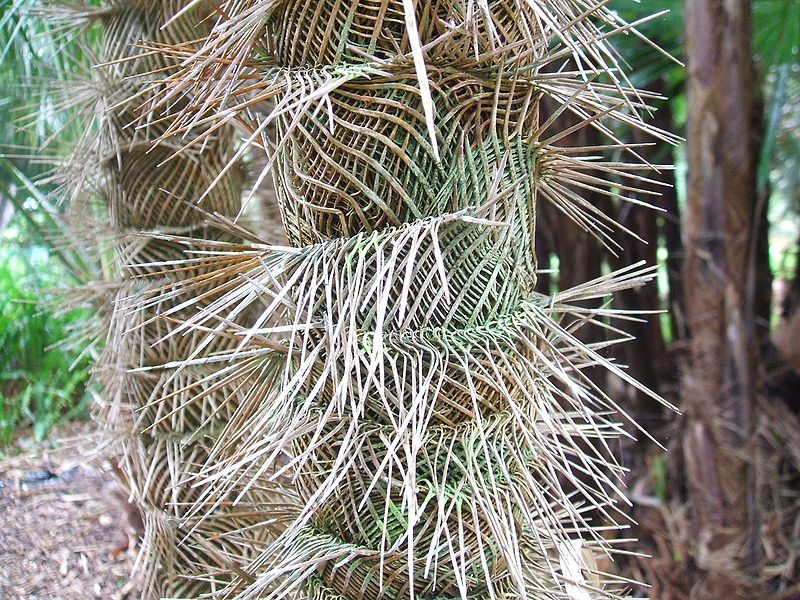 The “zombie” term is probably derived from the plant’s scientific name, Zombia antillarum.  Unlike zombies, the palms are firmly rooted into the ground but you still wouldn’t want to get too close!  The trunk of mature palms are covered with a dense mat of 3-4” spines.

This is the only plant within the Zombia genus.  So how did the zombie reference originate?  Keeping in mind these palms are native to Hispaniola:

“We found that there is indeed a connection between the vernacular name and Haitian culture. According to an ethnographic source, the people of Gros-Morne, Haiti, believe that the yellowish-brown oil produced by the seeds is a “sense-activator” used to stimulate all five senses. They believe this oil can be used to “awaken” a zombi back to life. Another use by Haitian locals, linked to the common name as well, is that the leaves are used as thatch material along rooftops of houses to keep zombies from being posted by their masters in order to spy on people. However, this information could not be verified, as different sources even denied having ever heard of the use of the seeds as a source of oil.” Quoted from the article “Notes on Economic Plants” by F.B. Taylor and J.C. Timyan, Economic Botany 58(2):179-183. 2004. 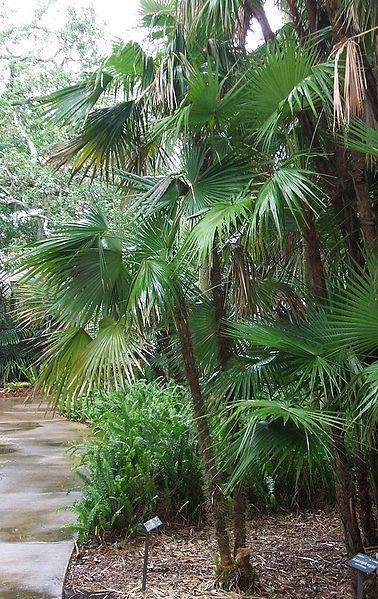 Zombie palms are very low maintenance and can be planted as a landscaping tree in southern Florida.  They are slow growing and may reach 15 feet at maturity.  We have one at the Estates on the Edison property, but it is very young and doesn’t have the spikes yet.  If you want to see another species of palm with impressive spikes, visit our macaw palm, Acrocomia aculeata, located between the Caretaker’s House and McGregor Blvd.

While you’re here, be sure to say this month’s savings phrase, “Watch out, there’s a zombie palm behind you!”  You can say it to whomever you like (and probably get some funny looks) but if you mention it to the cashier, you’ll receive a 10% discount on all Garden Shoppe items like potted orchids, gardening books, fruit trees, butterfly plants, etc.