We finally have a winner to our garden puzzler:

This fruit’s name was once used as a verb describing a specific way to preserve food.

In the 1700’s, the word mango was used as a verb meaning to pickle.  For a time, anything pickled was called a mango, including peppers. Read an interesting account of the history of the word in America here. 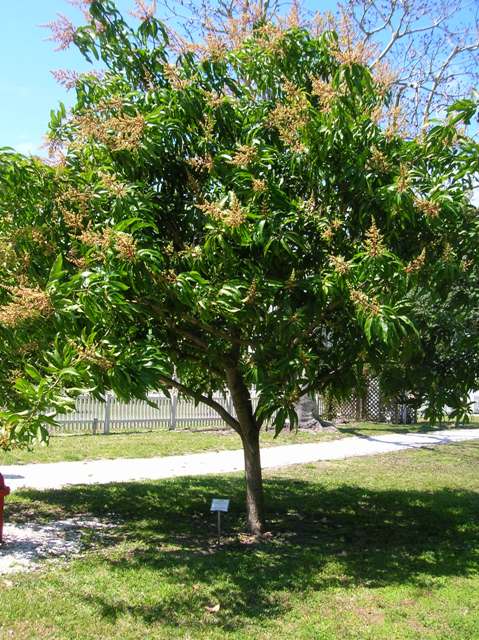 As any visitor to the Estates knows, both the Edisons and the Fords loved mangoes.  It’s likely that mangoes were planted soon after Edison purchased his Fort Myers property in 1885 because by 1892, the caretaker of the Estate was already shipping mangoes to Edison at his New Jersey home.  By 1917, thirty mango trees were recorded on Edison’s property.  Most of the trees bordered the fence line along what is now McGregor Boulevard.  Henry Ford’s property, which was nicknamed The Mangoes because of the line of mango trees in front of the house, together with the Edisons’ mangoes, formed “Mango Lane”, a shady walkway that remains today.