Did Clara Ford Inspire the Farm to Table Movement?

As an immigrant from the Azores, my grandfather descended from a family of pineapple farmers – European farmers who got caught up in the pineapple rush of the late 1800s (as did Thomas Edison). The Azores were the only area in Europe capable of growing the tropical treat. Unfortunately, the erratic weather of these volcanic island farms located 900 miles west of mainland Portugal, doomed the pineapple economy in the middle of the Atlantic Ocean. Seeking an easier life, my grandparents were fortunate to acquire a small plot of land in Cambridge, Massachusetts. At that time, World War I was putting a squeeze on national resources, especially grains and large farm production, which had to be focused on sending sustenance to troops and allies overseas.

Though rationing did not take place in the U.S. during WWI, the U.S. Food Administration did undertake propaganda campaigns for “Meatless Meals” and “Wheatless Wednesdays,” lowering national consumption by 15% (on a voluntary basis). Large supermarkets were not yet on every other street corner. Canned and processed foods were suspected to be unhealthy and certainly not tasty. As WWI raged in Europe, the responsibility to feed the allies fell to the farmers of the United States; those farmers were predominantly women as their men were shipped to foreign lands.

In 1917, Charles Lathrop Pack created the “National War Garden Commission.” Sow the Seeds of Victory!, the posters implored. Everyone who had the space, began to grow their own fruits and fresh vegetables, and canned them to make it through the winters in the colder parts of the U.S. Of course, many people didn’t have garden space, particularly in the cities whereby empty street corners, vacant lots, and parks became valuable commodities for food production – collectively known as Victory Gardens. These gardens gave people a sense of self-sufficiency and made healthy organic food readily available.

Victory Gardens continued through the second world war and became even more important when the U.S. did institute food rationing in 1942 under President Roosevelt, lasting until 1945. To the dismay of the White House, even Eleanor Roosevelt installed a victory garden in the decorative White House Lawn in support of the war efforts. Initially, FDR was so opposed to his wife’s efforts, he asked federal soil scientists to inform the First Lady that the soil was nothing but rocks. Not easily swayed, Mrs. Roosevelt persevered with the help of the daughter of a presidential advisor. After observing little Diana Hopkin’s efforts in the First Lady’s Garden, FDR commented “I hope every American who possibly can, will grow a victory garden this year.” It made the difference between scarcity and abundance.

Without the benefit of Instagram and Facebook, promotion of the victory garden movement fell to the local garden clubs and women’s groups. In 1914, an organization originated in Dearborn, Michigan, the Women’s National Farm and Garden Association
(wnfga.org). Famous for empowering an army of “farmerettes” while male farmers were fighting overseas, the WNFGA was created to provide training and locate employment for women in horticulture. Still active today, and yes, they have a Facebook page! WNFGA continues to be based in Michigan, with several branches in Ohio, New York, and Pennsylvania, and ironically, their archives now reside just down the road from my grandparent’s home – at Harvard University.

Among the local horticultural luminaries and progressives in the Dearborn area was the wife of Henry Ford, Clara Bryant Ford. Clara, who passed away in September of 1950, was one of 10 children born to Michigan farmer Melvin Bryant. Also, a suffragist and a woman blessed with immense riches, she used her talents and opportunity to leave behind a sustaining legacy of empowering women as gardeners, farmers, and agricultural businesspeople.

Invited in 1927 to be their 5th national president, Clara Bryant Ford was to bring a new vision and direction to the organization by capitalizing on her rural roots and good fortune as a result of her marriage to Henry Ford. As she watched her husband change the American landscape with vehicles, she recognized an opportunity to provide much needed income and independence to the legions of farmerettes using vehicles to transport the farm and dairy products into the city or to a community marketplace.

Clara’s vision was responsible for the first so-called Farmer’s Markets in rural America, and she was determined to expand the promise of these markets throughout the United States. Now that Ford had provided the means of travel that greatly shortened the time of a journey, city residents could travel to the farming communities and back within a day. Clara quickly realized that creating compact communities of farm stands with lots of parking in strategic locations would attract more buyers from the city in search of quality dairy goods and fresh produce. 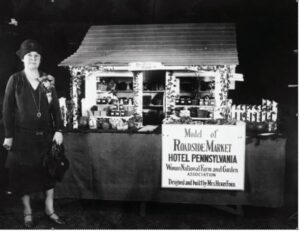 Aided by the historical architect at Greenfield Village, Clara designed a Roadside Market and produced pamphlets complete with drawings and building instructions. She emphasized that it should be built of old whitewashed boards so cheap no farmer can say he cannot afford it. Her 17’ x 14’ market building didn’t have a foundation, so it could be easily re-located.

Victory Gardens have given way to Community Gardens and during the last few years of the Covid Pandemic, these gardens began to flourish once more by providing a safe opportunity to get back outside in a meaningful and healthful way. These gardens serve many purposes – a safely distanced social experience, an opportunity to learn about Florida gardening, or a means to ensure quality organic food on your table. For transplanted gardeners, i.e., from northern states, a community garden plot in Southwest Florida is an opportunity to understand the nuances and characteristics of zone 10b and there is no better place to learn than at Edison and Ford Winter Estates.

Edison Ford has recently improved, relocated and added a few additional garden plots to their community garden, which is now adjacent to our magnificent butterfly garden. Participants are provided with soil and water and each gardener provides their own plants or seeds. The Community Gardens are available for use between September 1 and May 30.

If you would like to know more, contact Carly Pfalz, Horticultural Specialist at CPfalz@edisonford.org and get growing! Staff horticulturists are always available to answer questions, or you can reach out to me at kmaxwell@edisonford.org. I would like to close our September article with a shout out to all the grandparents out there! Without them, I wouldn’t be the gardener I am today. Sunday, September 11 is National Grandparents Day. As we pay our respects to those who lost their lives on 9/11, pause for another moment to think of how a grandparent may have inspired you. At a date to be announced in early Spring, 2023, I have proposed a “Bring Your Grandchild to the Garden day.” Stay tuned for more details. 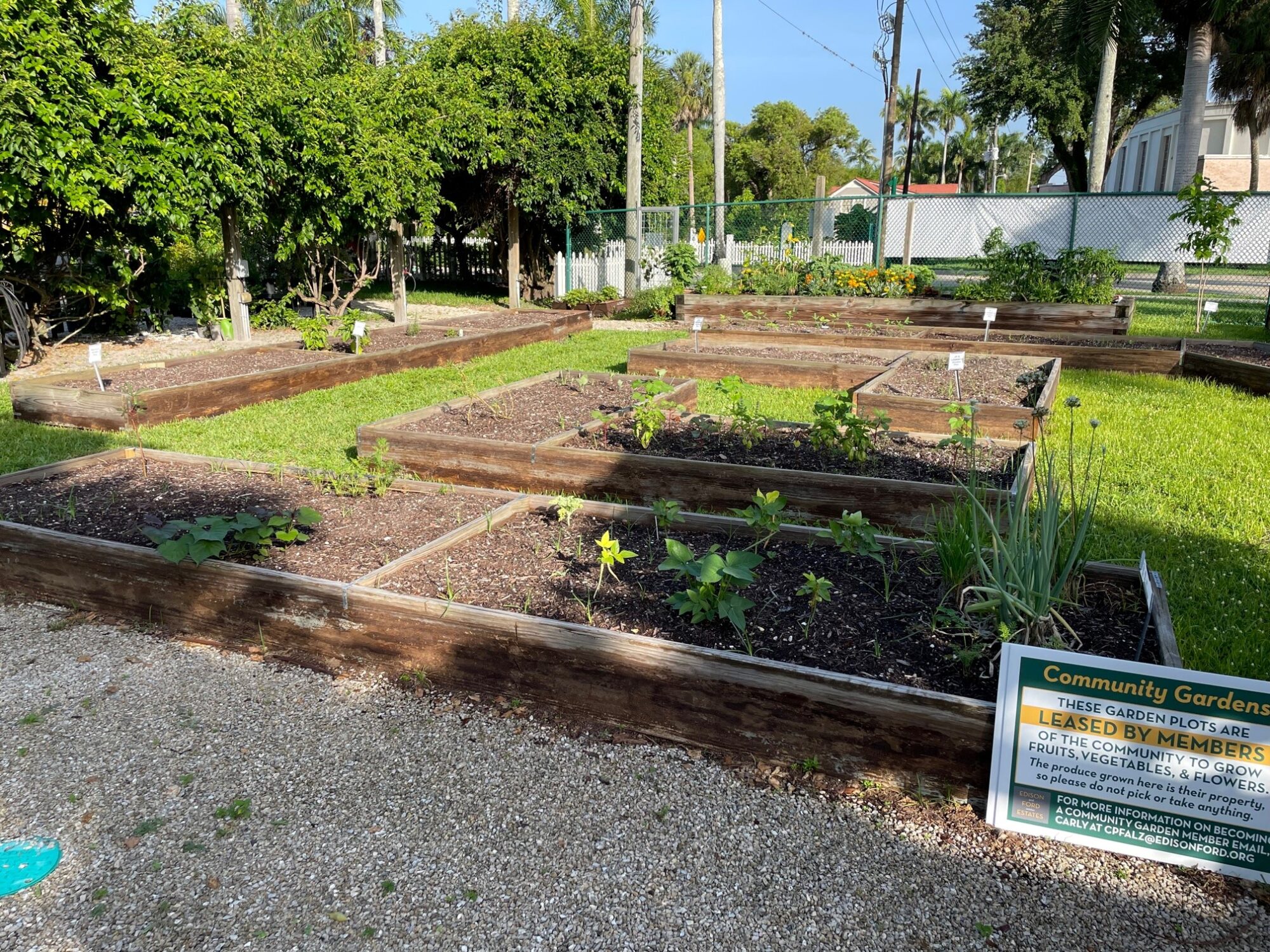